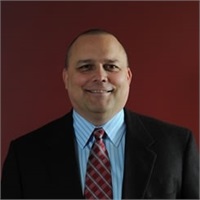 In 2005, after more than twenty-seven years in the financial services business, Rich Harper made the decision to open his own firm independent of the traditional wire house or large insurance company. This allowed Rich to build his organization in a manner more consistent with his approach to serving his clients. Rich has always believed the best way to serve a client is with a long term consultative, and customized approach designed specifically to that client’s specific needs. This approach generally requires operating in a team environment which includes legal, tax and other advisors a client is already utilizing, while enhancing that team with specialists with whom Rich has developed strategic alliances.

Through his career, Rich has held prestigious positions including Executive Vice-President of the Delaware Valley Financial Group, Senior Vice-President and National Estate and Business Planning Specialist at Wachovia Corporation and Wachovia Securities, and Estate Planning Specialist for The Prudential of North America. Rich has also served as an expert witness in Financial Industry Regulatory Authority (FINRA, formerly known as National Association of Securities Dealers - NASD) arbitrations. Additionally, Rich has served as a multi-course moderator for the Life Underwriter Training Council (LUTC), and he has been a guest and guest host of The Mutual Fund Hour on WWDB in Philadelphia Pennsylvania.

Rich is also involved in industry associations. In addition to serving as an LUTC moderator, Rich has been a course designer and an instructor for Insurance Testing Corporation designing industry required continuing education courses in advanced estate planning, business continuation, and charitable planning. He has been a long-time member of the National Association of Insurance and Financial Advisors (NAIFA), Greater Harrisburg chapter, where he has served as a board member. He has also been involved as a qualifying member of the Million Dollar Round Table (MDRT) qualifying for Court of the Table and Top of the Table. Rich has also won vendor citations including multiple “Producer of the Year” awards.

Rich is involved in his community. He served five years as Chairman of the Board of Bethesda Mission (a rescue mission for men and women, providing services throughout Central Pennsylvania) and as an associate staff member of Mission to the World. Rich also served as a founding board member and Treasurer of Covenant Christian Academy in Harrisburg, PA a private K-12 school based on Classical Education. In addition, Rich has served as Director/Board Secretary/Treasurer of The Commonwealth Foundation, and in December 2012 he joined the Board of Directors of We The Taxpayer, Inc. (WTTI). Rich Currently serves the Commonwealth of Pennsylvania and Pennsylvania’s business community as a Director of the Pennsylvania Economic Development Finance Authority (PEDFA). In early 2013 Rich was elected to the Board of Trustees of Morris Brown College in Atlanta Georgia, and served in that capacity through January 2017. In Spring of 2016, Rich joined the faculty of Penn State School of Business Administration as Executive in Residence with the goal of helping to build a Financial Services track within the School of Business Administration.

Rich is a graduate of Lebanon Valley College. A lifelong resident of Central Pennsylvania, Rich his wife Deborah reside in Mechanicsburg, Pennsylvania.